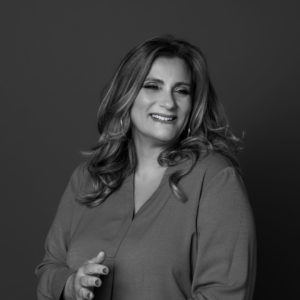 Pamela Muscat is a 54 year old mother of 5 young adults, three daughters and two sons. She has worked as an educator for over twenty four years, supporting several students with individual needs in state schools, a job which she has loved and which has helped her to further empathise and truly understand the great challenges that families and children with disabilities face daily.

She has been involved in the voluntary sector for over 26 years, first with NPSPD (president 1999-2005) and currently with ADHD Malta (president 2013-present). She became immersed in the disability sector over 30 years ago, when, as a young single mum with a substance use disorder, she had a child with a severe disability. This was a life changing event for Pam, one which opened up a new world and life to her. Marriage and 4 more children further  provided Pam with stability and a renewed purpose in life. When another family member and herself were diagnosed with ADHD, Pam decided to continue the work of her predecessors and took over the then called “Adhd Family Support Group” a voluntary organisation which had been officially set up in 1998 by a group of parents who had children with Adhd.

Throughout her life, Pam and her family have opened up their home to several individuals who needed a place to stay for a variety of reasons, such as homelessness, a need for foster care or temporary support during challenging life events.

Nowadays Pam is an integral part of ADHD Malta, in which she works tirelessly increasing awareness of ADHD, supporting, educating and advocating for individuals and families within the ADHD community.

Pam is also doing her MA in Addiction Studies and hopes that her research will bring about more awareness  regarding the needs of persons who live with addictions.

Above all, Pam offers understanding and acceptance, and rekindles hope and strength in those who reach out for help.