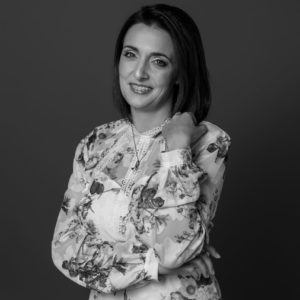 Angele Cuschieri, Nursing Officer of Rainbow Ward. In 2004, graduated in nursing with a Bachelor’s degree in Science.  In 2010, obtained a Masters Degree in Nursing.

Certified mentor in Rainbow Ward and a part-time lecturer at the University of Malta.  Since 2011 have also started to supervise and examine dissertations of degree nursing students.  In 2012 I followed a course on how to train the staff in the paediatric oncology area by a group of lecturers from the Royal Marsden Hospital in the UK and have been certified as a trainer.

I didn’t always plan on becoming a Nurse!  Originally I dreamed of being an Air Hostess or a History teacher.  By the time I finished Secondary School I was set on studying but call it fate, but this was not to be, because by the time I was headed for University, B Educ History was cancelled for lack of uptake.  This led me into the profession of nursing, a decision I will never regret.  After all I always wanted to work with children.

As a student one of my placements was in the Oncology Ward, which had just opened. The ward was dark and certainly not child friendly, and it seemed such a pity that children facing such an ordeal were in such surroundings.  Yet the quality of care was second to none, and in fact it was the excellent standard of medical and nursing care, together with the precision demanded of each and every task, that inspired me to write my thesis on The Role of the Pediatric Oncology Nurse.  After qualifying BSC Nursing I expressed the desire to work with children and my first experience as a qualified nurse was in the now greatly improved Pediatric Oncology Ward, where I remain to this day.  I am now Nursing Officer in charge of the Rainbow Ward caring for children with cancer.

Somehow or other I always felt that children with cancer should go on living as normal a life as possible even throughout the fear surrounding cancer and its treatment.  Somehow or other this belief chimed perfectly with the beliefs of my colleague Rennie Zerafa who is the founder of the Puttinu Support group. In fact the support group Puttinu Cares was already in existence when I came along and it was only natural to start helping Rennie with the work needed in Puttinu.

Meanwhile I decided to pursue my studies further and my Masters focused on an area which definitely emerged from my Puttinu life.  The area of research was the coping skills of parents facing childhood cancer.  I interviewed parents on the Ward and such a lot came out of those interviews.  It was hard work but it really helped me to provide more holistic care on the Ward.

While tending to the young patients as a nurse, one cannot ignore the financial burdens their families are facing.  Together, we raise funds to provide free accommodation in the UK to alleviate financial hardship faced by families taking a child abroad for treatment.  I remember renting the first apartment through an agency on the internet, the first time I had ever done anything like this in my life.  Three families were going away and we managed to get them an apartment and fund it.  The satisfaction was huge.

The Foundation seeks to make the best possible use of resources, and now owns 20 apartments in Sutton near the Royal Marsden.  Yet even these are not enough to meet the demand, since adult patients also approach us for assistance.  The Foundation has therefore started looking at property in Central London to better meet the needs of the 60-90 families monthly requiring further treatment in UK, a whopping total of 1,000 patients every year.  .  Purchasing property is not the end of the story either, since running costs also have to be met.  These include services such as water and electricity, internet and council tax. The logistics are mind-boggling, but providence is abundant.

My family and Puttinu are so intertwined that I cannot really distinguish one from the other.  It’s tough, it’s tiring and demanding but being part of so many success stories and being able in some way to alleviate the suffering of the children and their families is such a privilege and makes it all worthwhile.