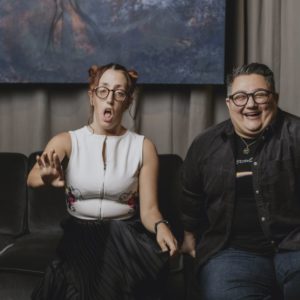 Colette Farrugia Bennett is an activist for LGBTIQ rights and values diversity and social integration. She is the co-chair of the Malta and is also part of the LGBTIQ Consultative Council, which is an advisory committee to the government.

Colette actively raised awareness among helping professionals around gender and sexual diversity affirmative practice. She is the co-founder of MGRM’s Rainbow Support Service, which she is currently coordinating and providing support to LGBTIQ individuals in the process of self-identification, dealing with internalised homo-, bi-, trans- and inter-phobia, accessing services, and supporting gender and sexual diversity clients and their families in the process of coming out.

She was part of the Trans Health Working Group, which drew up the care pathways for trans healthcare in Malta through the Gender Wellbeing Clinic. Colette has been part of the clinic since its inception in 2018 and is currently the Family Therapist of the clinic.

Colette has a Masters Degree in Family Therapy and Systemic Practice, as well as a Masters Degree and Bachelor Degree in Social Work from the University of Malta. She has specialised in the therapeutic empowerment and affirmation of diverse gender and sexual identities within the context of individual, couple and family therapy.

Lara Calleja is an activist and writer. At 17 years of age, she hung her first 10 self-made posters at Junior College noticeboards, against a big corporate food chain and its history of work exploitation.

A few months after she joined Moviment Graffitti, as she believed they were the only organisation that aligned with her ideas. Though she didn’t remain officially active with the group, she kept engaged with the community. She would later join Moviment Graffitti in 2018, where she is still an active member.

In the meantime, Lara was a member of a student-run newspaper ‘Realtá’. The newspaper was at the forefront of the fight against censorship and was the drive behind the final elimination of archaic censorship laws that finally took place in 2015. The newspaper was vociferous in issues like women’s rights, workers’ rights and government corruption. It also featured art content from various local artists.

Lara is also a writer and in 2021 landed the European Literature Prize as Best Emerging Author. She also won two prizes from the National Book Council for Best Novel 2020 for her book ‘Kissirtu Kullimkien’, which recounts relatable short stories with political punches on a range of social issues – from refugees to construction to LGBTQ.

Lara also has been writing theatre since 2021 when she wrote ‘Taralalla’ – a play about the mental and physical deterrent brought forth by over-construction. She also wrote one out of the 3 monologues ‘Her Say’ – where she outlines themes such as female roles and expectations – themes that are harder to pinpoint as they are so unconsciously embedded in our social psyche. Both theatrical performances were featured at Spazju Kreattiv.

Lara uses her writing on all platforms possible to raise awareness – from books to theatre to her personal social media – on any issues from reproductive rights to human rights and towards a more fair and sustainable society. She does this innately, not intentionally, since she believes a better world comes from kindness, fearlessness and protest.