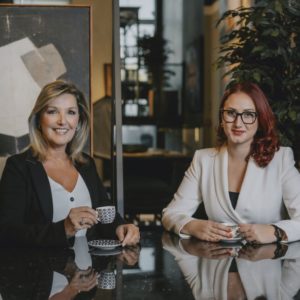 Hon. Ms Rebecca Buttigieg currently serves as Parliamentary Secretary for Reforms and Equality within the Ministry for Home Affairs, Security and Reforms. She holds a B.A. in International Relations from the University of Malta and continued to further her studies at the University of Edinburgh having graduated in 2015 with an MSc in Global Crime, Justice and Security.

Hon. Buttigieg started her career working at the Parliamentary Assembly of the Mediterranean where she later gained experience abroad working as a Policy Officer at the Permanent Representation of Malta to the European Union during the Maltese Presidency of the Council of the European Union.

Graziella Schembri Attard Previ is the Opposition Spokesperson for Equality, Human Rights and Children’s Rights Senior social worker by profession, with a Master in Social Policy. Graziella has 18years work experience with children in care, and for the past 18 months working with young adults with disability.

Politically, within the Nationalist Party, she led the Equal Opportunities Forum as President for six years (2014-2020) and also President of the Women’s Movement for 2 years (2020-2022), working relentlessly on LGBTIQ, disability, gender equality, children’s and human rights issues, and proposing various policies.