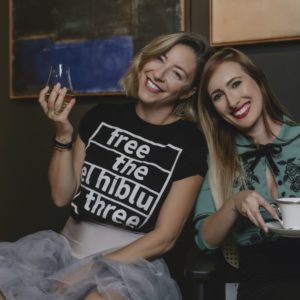 Kim Dalli is a writer and actress. She is passionate about social justice and about the empowerment of marginalised and vulnerable groups. On behalf of the St Jeanne Antide Foundation, she curated an exhibition which focused on the lived experiences of those women whose identities have been eroded by narcissistic abuse. She also directed an accompanying feature bringing to life the compelling poetry of one of the artists, and providing a reflection on the healing power of art and writing, and their role in reclaiming silenced voices.

Kim is also the researcher and writer behind The Women of George Cross Island, a docudrama that aims to celebrate Malta’s unsung wartime heroines, bringing them to the fore and to public knowledge for the first time. The eight-part series seeks to stand as a work of social history, delving into the personal lives and stories of young Maltese or Malta-based women, and offering a uniquely female perspective at the heart of military conflict.

Kim is also part of the cast of They Blew Her Up, a play penned by Herman Grech that is touring abroad and which addresses topics of media freedom and democracy.

Dr Maria Pisani is an academic and an activist. She holds a PhD in adult education, and is a Senior Lecturer with the Department of Youth and Community Studies, University of Malta.

Maria forms part of Integra Foundation, a local NGO that works on issues related to social justice, with a particular focus on forced migration and asylum, racism and inclusion. As a critical, intersectional feminist, Maria’s activism is informed by her academic work; she is unapologetically political, and seeks to support spaces that give voice to otherwise marginalized voices, holding government, parliament, corporate power and other hegemonic forces to account. This is a practice grounded in a commitment to social justice, framed by an ethics rooted in love, compassion, and hope in a better tomorrow.